Names are kind of important, right? Without names, what exactly would we call one another? Specifically, how would we refer to those individuals from our coyote ugly-type one-night stands who we’re equal parts shocked and embarrassed to become reacquainted with in the morning?

For the fools who haven’t seen Coyote Ugly: A coyote ugly-type one-night stand is when you’d rather chew off your own arm than risk waking the ugly son-of-a-bitch passed out beside you. If you haven’t had a coyote-ugly one-night stand, congratulations. Also, you’re going to hell for lying.

To be fair, most of us (not necessarily me, but definitely my friends) don’t even remember the names of those involved in an oopsie, doopsie, whoopsie moment. Regardless, names are a big part of who we are and perhaps even shape who we become. For example, it’s highly unlikely we’ll ever have a Tiffany for POTUS (no offense, Tiffani Amber Thiessen). Just the same, we’ll never have a Cutter on the Supreme Court—and you’re welcome! 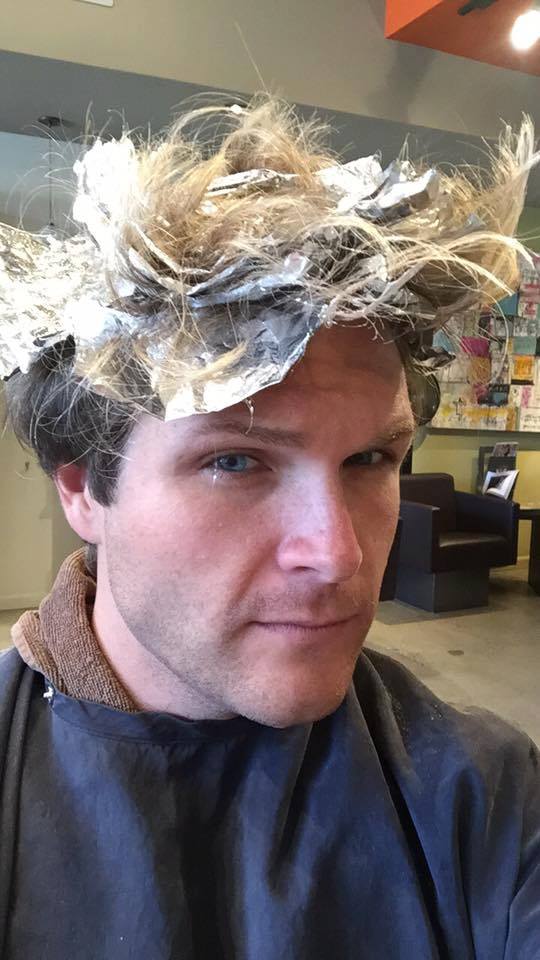 All joking aside, I used to have a big issue with my name. To this day, I’ve never met another Cutter, which I now appreciate. Yet, back in elementary school, it was sometimes challenging not to have a more common label. There were also nicknames like Cutter Butter and that one time a relative told me I was named after a bug spray that only added fuel to the humiliating fire.

Today, I enjoy having a name not often heard of, and I’ve even gotten comfortable with most of the nicknames transpired from it: Cutty (it comes from my nephews and close family), Cutter Butter (it eventually grew on me), Cutts, Cut-Cut, and Zac Efron (it hasn’t really caught on yet, but any day now!).

It’s interesting how names are significant for places and things, too—not only people. It’s safe to say that no one has Suffern, New York or Idiotville, Oregon (both real places) on their travel bucket list. However, depending on what your interests are, Ding Dong, Texas and Uranus might be at the very top of that same list.

Names also make a difference when considering albums, movies, and books. Pink‘s record label wouldn’t let her name her fifth studio album Love is a Motherfucker! Warner Bros. Pictures renamed the Birds of Prey movie with Margot Robbie after a disappointing opening weekend. And after the huge success of Gone Girl (the novel not the film) by Gillian Flynn, how many books were published with the word “girl” in the title?

I’m not a mathematician, but I’m pretty sure it was a shit-ton . . . The Girl on the Train, The Good Girl, The Girl Before, The Lost Girls. You get the idea.

Speaking of novel names: I recently struggled with what to title my newest psychological suspense novel. Yes, this is my cute and subtle attempt to plug my latest work—which hasn’t even been published yet—but my blog, my rules.

In the beginning stages, I started out by calling the manuscript A Silent Town. Less than 100 pages into the novel, I ran into a small problem: the book’s setting isn’t a town, but a city. Talk about an oopsie, doopsie, whoopsie moment! A Silent City didn’t sound near as suspenseful to me, and A Silent Place was too much of a ripoff of A Quiet Place.

Over the course of finishing the manuscript, the title went from One Silent Night to After That Night to Bury What Remains, which is what I finally settled on. So, when the novel sells and hits stores (by the way, if you happen to be a literary agent looking for new clients, let’s chat!), make sure to grab multiple copies of Bury What Remains by Zac Ef—I mean Cutter Slagle. You can thank me later.

In the meantime, I’m currently working on a new project. Again, I’m struggling with what to name it. Right now, I’m going back and forth between Always Watching You and Don’t Turn Around. Seeing as how I’m only on the second chapter, there’s a good chance the title will change many, many more times.

Here’s a crazy idea: Perhaps I should finish the fucking book, then worry about what to call it! That sorta, kinda makes sense . . . Doesn’t it?

Right now—and even later—it shouldn’t really matter what the book’s name is. As long as what’s in the book is good, that needs to be the only concern. It’s that way with all names, and whether we’re talking about a book title, destination, or person. We’re not supposed to make assumptions based on appearances or names, even though we wrongfully and unfairly do it occasionally.

What’s in a name? Sometimes not a whole hell of a lot, and that’s perfectly all right.

Insert some after-school-special statement about not judging, but it’s true—no matter how corny or hypocritical it is for me to say it. Okay! I’m writing it, not saying it. Still, we shouldn’t judge, no matter how satisfying the feeling can sometimes be. Though names are titles or labels, they’re not always identifying factors of what’s inside. More so, names don’t have to be defining.

Then again, and just to screw with your head, sometimes they are! Follow me down this rabbit hole for a second.

My mom got my name from a novel: I’ll Take Manhattan by Judith Krantz. Then, I eventually became a novelist. Further, “Cutter” sounds like the ideal name for someone who writes murder and suspense books.

Maybe I’m overthinking it, because “Cutter” could also be a nickname given to someone who has spent time in jail. I won’t even dive into that . . . A story for another time.

That’s the thing, though: A name—any name—can be interpreted about a million different ways.

No one! No one is right; no one is wrong. Consider it a gray area. And we could all stand to learn a thing or two about gray areas.