You are here: Home / Advice / What Are You Addicted To?

It’s officially 2020, a new year—hell, a new decade! As if you needed my blog to alert you of the fact, right? Thank God for that, too, seeing as I haven’t blogged in . . . Well, let’s just say it’s been a while. And while I’m acknowledging that elephant in the room, the one where I only produced three blog articles last year when it was my resolution to write at least one article a month (oops!), let me address another elephant: me! Yes, the other, much bigger elephant in the room is me, myself, and I.

Unfortunately, yet noticeably, I’ve put on a little, fine—a lot—of weight. What can I say? I’m Charlize Theron from Monster, except I don’t have an Oscar to show for my transformation. You know that old saying, though: If you’re happy and you know it, eat a 40-piece nugget, large fry, and two double cheeseburgers in one sitting. I can’t even blame the extra pounds on the holidays unless I admit that I started celebrating the holidays back in April. Then again, 4/20 is a respectable holiday, isn’t it?

Anywho, New Year, Bigger Me. Yet, it’s all right because I’m happy, and I’d rather be thick and happy than skinny and miserable. Well, maybe.

I’d like to tell the three of you reading this that it’s been a busy, crazy year, except I didn’t finish my latest manuscript, I haven’t blogged since March 2019, and I haven’t run that half marathon that’s been stenciled on my “to do” list for quite some time now. So, what have I been doing, besides eating, that is? I guess you could say I’ve been living, and living takes time, energy, and apparently carbs. Lots and lots of carbs.

But, as I said, it’s a new year and a new decade, and there are plenty of new opportunities to accomplish last year’s goals, as well as this year’s. You don’t have to worry, either; this article isn’t going to be one of those regurgitated, empowering pieces that are a dime a dozen and frequently shoved in our faces throughout the month of January.

It’s safe to say that everyone has some sort of addiction. I don’t care who you are or what God you pray to: You’re an addict. If you say you’re not, then you’re a liar. Take your pick. However, if you choose the latter, you’ll still be an addict, so . . .

I’ve already mentioned that I’m addicted to eating. I thoroughly enjoy the act, so sue me. Better yet, force me to run on a treadmill until I look like an Olsen twin. Other addictions of mine that come to mind include collecting books (more than what I need), procrastinating, buying shoes (particularly boots), and Sarah Jessica Parker.

Hi, my name is Cutter, and I’m an addict. Though, of the addictions I’ve listed, I can’t help but wonder . . . Are any of them that bad. Further, could it even be argued that I have a healthy addiction? 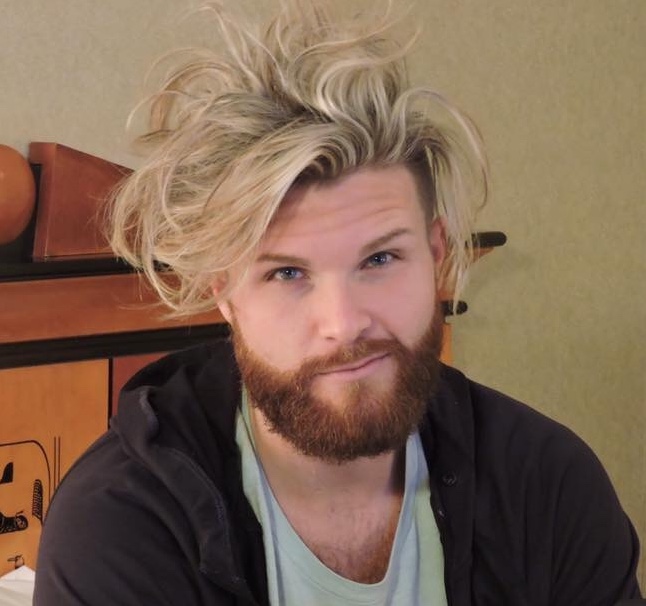 Okay, fine. Eating isn’t necessarily healthy. Not what I like and tend to eat, anyway—anything fried or covered in cheese and/or chocolate. Collecting books isn’t bad, but takes up space and adds clutter. Yeah, procrastinating is dangerous—I’ll give you that one—especially the task you choose to procrastinate, like doing your work, the work you have to do to pay your bills. I don’t need any more shoes, regardless of type. As for SJP, should any human being be addicted to another human being? Probably not.

While my addictions aren’t necessarily life-threatening by any means, not like drinking, drugging, and watching anything starring Tori Spelling (what the fuck was BH90210 and that ridiculous talk show tour that followed?), they’re not exactly healthy addictions, either.

Then, what can be considered a healthy addiction? Going to the gym and working out? You know as well as I do that for the next month or so, many people will be addicted to exercise. Some who have never exercised before in their entire lives. But can you exercise too much, to the point where it becomes bad for you or unhealthy? Is that a thing?

For example, everyone should read (like my novels The Next Victim and ‘Til Death), but what happens when you become consumed with reading? Consumed to the point where you’re missing important deadlines or appointments? Or, what if you’re reading so much that you end up skipping out on life events, such as friends’ birthday parties and family gatherings. Is it only then that your addiction becomes a problem? When it has the potential to harm someone else?

Last fall, Productivity Theory published “8 Healthy Addictions That Are Okay To Have,” an article detailing a list of activities it deemed acceptable to indulge in as much as wanted. Granted, I only skimmed through the page (something I don’t recommend if you’re reading my work), but it’s still an interesting perspective on habits and whether or not certain habits are healthy.

Perhaps that’s the entire issue or problem here: the wording. We’re generally taught at a young age that the word “addiction” has a negative connotation. Could this be wrong or unfair? Is it possible we’ve been lied to or misguided our entire lives? Should the idea of having an addiction be met with more of an open mind? Does the task that we’re addicted to determine whether or not our addiction is healthy or unhealthy? Safe or dangerous? Fulfilling or life-threatening?

I guess deep down all of us know if our individual addiction is standing in the way. If it is, then it might very well be time to quit it. Whatever “it” may be for you. On the flip side, if it’s not standing in your way, if your addiction isn’t killing you, then maybe it’s making you stronger. Maybe it’s even keeping you alive.

So, one final time: Are you an addict? Or are you a liar?

There has been a problem with your Instagram Feed.

You deserve someone who’s good for your mental health and never stops trying.

AHHHH after 3 years of querying and getting nothing but form rejections / no response (40+ of them)…I got my first full request!! ✨✨

I know it might not mean much still, but I’m happy to get even this far 🥹

... 'Til we were dead and gone and buried
Check the pulse and come back swearing it's the same
After three months in the grave
And then you wondered where it went to as I reached for you
But all I felt was a shame, and you held my lifeless frame

“ 'Easy is nice, but it’s not as good as getting to be who you are or stand up for what you believe in,' said Penn. 'Easy is nice, but I wonder how often it leads to fulfilling work or partnership or being.' " —Laurie Frankel ... See MoreSee Less

I can't recommend this book enough! Has anyone read it? Also . . . What are you currently reading? ... See MoreSee Less

"And what about the people in their lives who may eventually stumble onto these Twitter accounts? Even if the accounts are 'hidden' in some way? We all know how the Internet works; nothing is sacred. Aren’t these amateur porn stars worried about their mom seeing their junk? Their boss? Their kids? (If they have kids or plan to at some point.) Don’t they have aspirations that go beyond sex and lust and gaining attention for accomplishing something a little more impressive than knowing how to take off their pants and work a phone? Is the true problem here instant gratification? After all, that’s the world we live in now. Do these guys crave immediate likes and comments and retweets on their peter pictures in order to have a sense of accomplishment? Instead of working hard towards a goal, maybe it’s easier—quicker—to unzip and upload?"My #July column in The Rage Monthly Magazine is out now! #TheMaleCarrieBradshaw #Columnist #LGBTQIAWriter ... See MoreSee Less