You are here: Home / Advice / The Gay Community Is Fucked

Yes, the gay community is fucked, and not in a good way. More like in a sad, pathetic, die old and alone kind of way. Well, depending on what your goals are, what you want to accomplish in this life.

If you want to booze and cruise and, you know, continue to keep a running list of all the dick you can collect like some twisted, fucked up version of Pokémon Go, you might be all right. However, if you’re searching for the fairy tale like Julia Roberts in Pretty Woman, then you better put on your boots—the thigh-high ones—because there is a lot of shit to sift through before “happily ever after” becomes a reality. If it becomes a reality.

Just reading that back now, I sound like an angry, bitter bitch. I can admit that I’m definitely angry, and if you’re gay and hoping for that monogamous, healthy, and trustworthy ending, you should be angry, too. After all, hope is a dangerous drug. Possibly more dangerous than carbs. It’s like my aunt always told me: Hope in one hand, shit in the other, and see which one gets filled faster.

Harsh, sure, but true. The gay community needs to hear the harsh truth. Unfortunately, I fear it may be too late. The damage has been done and trying to fix that damage seems about as painful and useless as listening to Donald Trump string a sentence together.

It’s always my goal to tell the truth. Well, as much of the truth as I’m legally permitted to share. The truth is, when you’re single and ready to mingle, there’s no better place to be than in the gay community, or the “gayborhood.” Yet, if you’re in a relationship, then the gayborhood can feel like quicksand. If you’re not careful, you run the risk of sinking and suffocating. 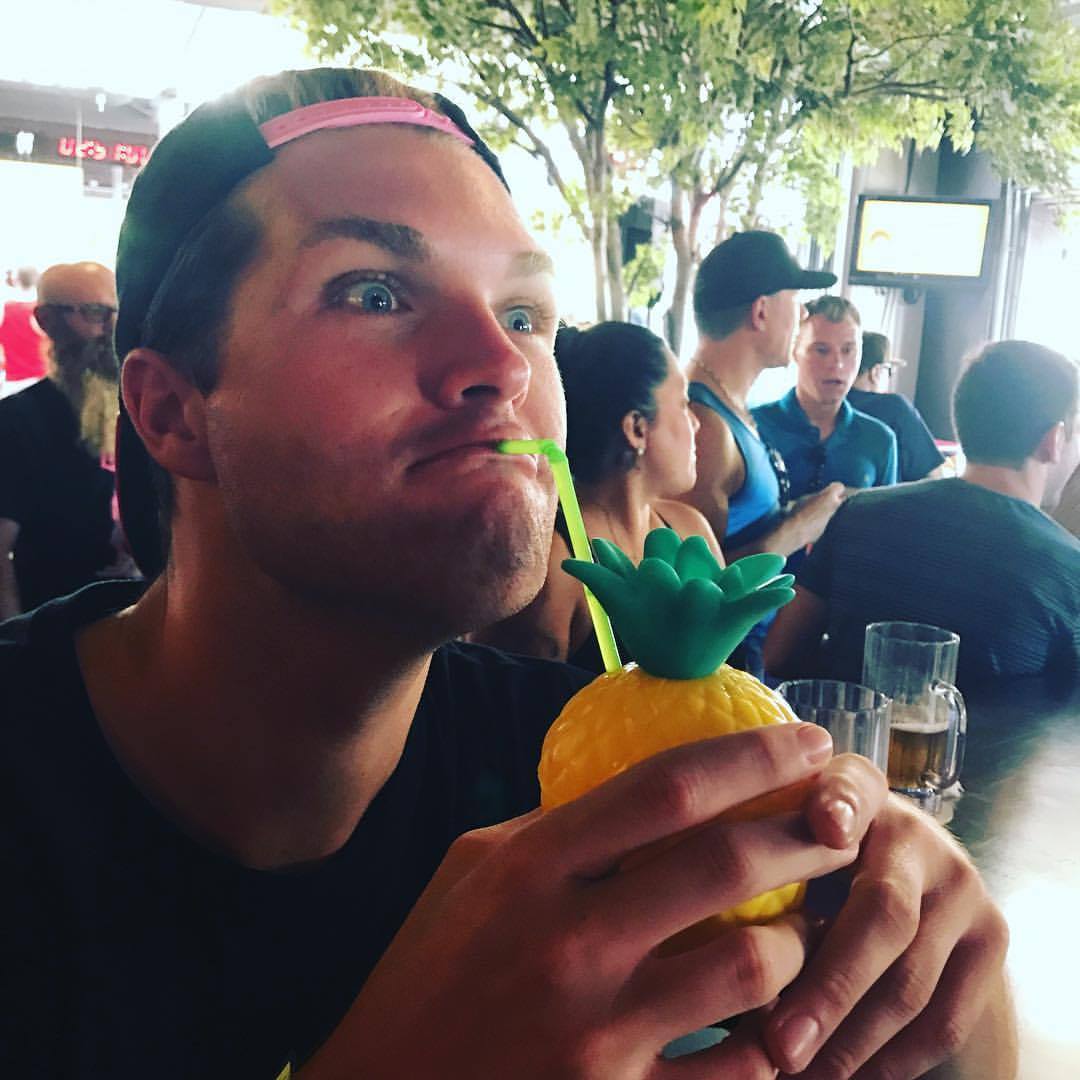 To be blunt, in my experience (and probably yours, too), the gay community doesn’t always exactly promote or help protect monogamous relationships. There is no real guidance or support from others, meaning that if you want a healthy, honest, substantial, monogamous relationship, you have to work extra hard to achieve it. Even then, you may find yourself struggling. Why? Because there are myriad of outside factors (often derived from the same gay community that is supposed to have our backs) we’re constantly up against.

First up, and I’ve written about this disease before and likely will again, is this unhealthy addiction to attention. Most gay men are addicted to attention. Unfortunately, the attention a man receives from his partner isn’t always good enough, resulting in some sort of outside exploration into chatting, sexting, and in worst-case scenarios, physically cheating.

Of course, if a man—or woman—wants to step outside of their relationship with another person, they’re going to find a way to do it. Period. Yet, the world we live in today makes cheating easily accessible. Too accessible, really. Again, instead of the promotion of monogamy, it seems that the allure of “having your cake and eating it, too” is more prominent. Further, the gay community, in particular, is thirsty, selfish, and thrives on instant gratification.

I can’t help but wonder . . . When two men start dating and eventually announce that they’re in an exclusive relationship, if they don’t somehow, someway become more attractive to the outside masses. Suddenly, because these two men are off-limits, they’re desired like never before due to this “I want what I can’t have” toxic mentality.

I repeat: If an individual is going to cheat, they’re going to cheat, whether prompted to or not. If someone wants to be unfaithful, untrustworthy, deceptive, they will—there’s no stopping or controlling someone’s behavior. It’s not just the gay community that has issues, but the straight community, too.

Who’s the dumb, spineless bastard behind Ashley Madison? You know, the website that literally uses the tagline: “Life is short; have an affair.” He (it’s most definitely a man) needs a five-finger salute across his ugly-ass mug. Just for the record, that’s not a threat but an enthusiastic hello.

Or, was this man smart to capitalize on other people’s aspirations to hurt the ones they’re supposed to love the most?

Circling back to the gay community, though, because I don’t know shit about the heterosexual one, prior hookups are also an issue when it comes to outside forces harming a relationship. Specifically, is it necessary for past hookups to nosily reach out to see how the happy couple is doing? Shouldn’t the past, you know, stay in the past?

What about apps like Grindr and Scruff, where temptation and curiosity can be explored with just a click of a button? What makes matters worse is that these apps can be hidden or disguised to cover up the fact that they’re in use. No, the founders of these relationship-destroying apps can’t fully be blamed for someone’s infidelity, but they obviously support lying and cheating.

(Side note: These “dating” apps which are honestly just hookup apps—after all, a piece of shit wrapped in ribbon is still shit—are only good for one thing: sex. No one—fine, mostly no one—is looking for anything more than attention and instant gratification on these apps. It’s not the prospect of getting to know someone that excites, but the chance of finding a man who is taller than the one before, or more muscular, or has a bigger dick, etc. Lather, rinse, repeat, vomit.)

Add in elements like open relationships, throuples, and the idea that some men actually believe sexting isn’t cheating, and you can understand my point about this lack of support for healthy, monogamous, gay male relationships within the community.

Some men can separate sex from love. Some men enjoy fucking a new guy every night before going home to their partner. Some men like being involved with two or three or four men at a time. I used to believe that one of the best qualities of the gay community was that we got the opportunity to make our own rules. Essentially, there was no wrong or right.

I no longer believe this to be true. I got older, maybe even wiser, and realized those who want to live life with no rules or no scruples are actually making life harder for those who crave that fairy tale ending. Besides, a relationship between two people is hard enough without an excessive amount of unnecessary outside distractions.

Simply put, I’m disgusted, disappointed, and defeated with how sex, attention, and instant gratification have become staples in our culture, the gay culture. These “staples” are ruining relationships—all sorts of relationships. And, quite frankly, they’re ruining people, too.

I think the point I’m trying to make is that the gay community seems and feels extremely toxic—more toxic than not. How can we scream and fight for equal rights, and then act like animals?

Eventually, the party gets old, doesn’t it? Does anyone truly want to be forty, fifty, sixty-years-old, and still playing these childish games?