Back in May 2017, I wrote a column for Rage Monthly titled, “Another Lesson to Learn.” I’m sure you all read it, right? I mean, how else do you fill your day?

For those of you who need a refresher course, the article centers on how even as adults, we’re constantly tested or quizzed—essentially, there’s always . . . another lesson to learn. 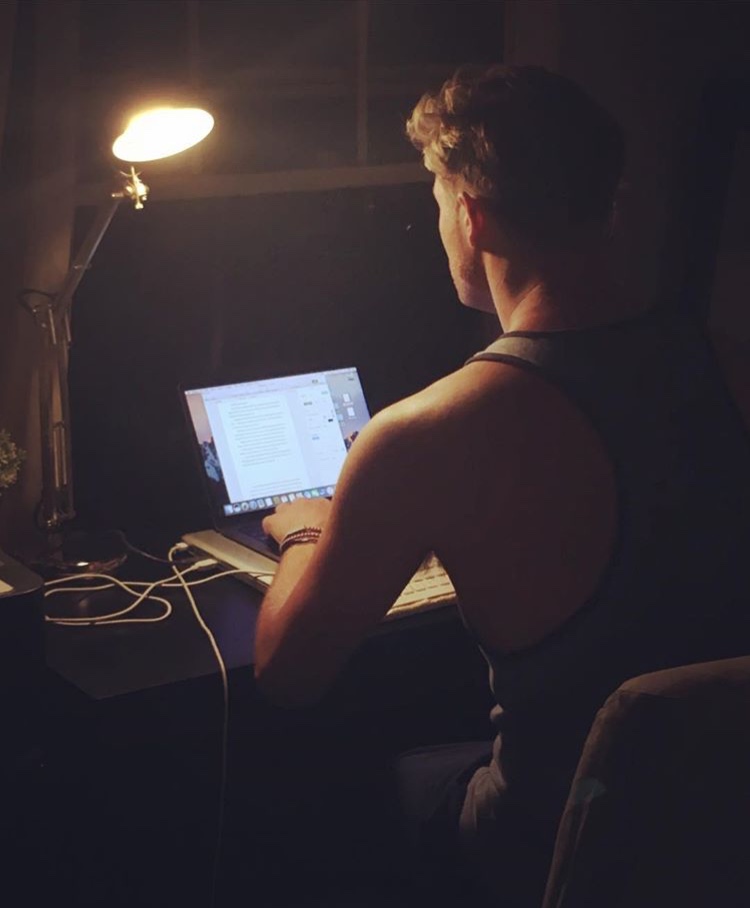 Large consumptions of red wine, Coors Light, and the occasional hit of wacky tobaccy may have caused cobwebs to clutter my mind, but any gay worth his salt-on-the-rim margarita keeps receipts. At least the important ones. Or the expensive ones. When they’re not lost in the fire, so to speak.

And (these) receipts I have!

Therefore, I can tell you not only what the final, printed version of “Another Lesson to Learn” is about, but also what the original draft was intended to discuss: testing.

This point is definitely touched upon, but that’s it. It’s then skated over to focus on more commercialized ideas, such as frenemies and designer jeans. What can I say? I’ve evolved in the past two years.

Well, hopefully. I did grow a beard. What more do you want from me?

If there’s one thing I’ve learned in my 31-years-of-life, it’s that blondes have more fun. If there are two things I’ve learned, it’s that there is no time like the present to right a wrong. Take note, Jussie Smollett.

In an attempt to stay on topic (I’d ask for an Adderall but in my circle of friends, no one’s sharing), I’ll sashay right along. So, let’s talk about sex, baby—and all of the good, bad, and oopsies woopsies that go hand-in-hand with the act.

If you are a single, gay man living in 2019, chances are, you have racked up a number of sexual partners. Actually, you don’t even have to be single, gay, or a man to have whittled your bedpost down to a toothpick. But, to save time, I’ll stick to writing about what I know . . . which, honestly, isn’t much.

Anywho, my point: If you are a single, gay man (also, let’s just avoid the dog-shit stain of this community that is cheating, lying, and open relationships), then you may have indulged in some fun over the years.

A lot of fun. With a lot of partners.

I, for one, don’t see anything wrong with this. Before anyone jumps to name calling or slut-shaming, remember, times have changed. Wally and the Beaver are no longer on TV, Mayberry is now a ghost town, and it’s quite rare for a person to marry his or her high school sweetheart.

What it comes down to, in my eyes, is honesty. If you want to sleep around, that’s your prerogative . . . just be honest. In this particular instance, honesty comes in two different forms:

One: Honest Intentions: Is the sex simply sex—nothing more, nothing less?

Two: Honest Status: To be honest with your status, you have to know your status.

And finally, some 600 words later, we’ve gotten to the theme of this month’s blog: testing.

To be frank, testing throughout school, from kindergarten on, was anything but enjoyable. Testing as an adult hasn’t gotten much better.

In school, even if I had prepared the night before by studying or making flashcards—which was rare—I never really felt confident. In fact, I often believed I’d fail. Maybe I was just bracing myself for the worst case scenario? Maybe I have a problem with self-confidence?

Another story for another blog.

Still, in adult life, whether I’m prepared or not come the day of testing, I never feel confident. Instead, I brace myself for the absolute worst. Of course, an “F” in this case would be the STD test coming back positive for something. Anything. Though, it’s not just actual results that can make you go crazy.

Scheduling an appointment. Filling out the forms, answering questions like, “Have you ever paid for sex?” Waiting to see the doctor. Answering more questions, only face-to-face this time. Questions like, “How many sexual partners have you had?”

Umm . . . Now I’m expected to be fluent in math? I’m a writer, not an accountant. Not to mention, the vagueness of the question. Number of sexual partners? Do you mean this year? This month? This morning?

Then, the actual testing takes place. All of the swabbing and blood drawing. When it’s all said and done, you feel like some sort of science project. And still, the worst has yet to come.

And you wait some more.

While you’re waiting for your “grade,” you do interesting things. You convince yourself you have something, that way if you do, the blow comes as less of a shock. Or, you pray to God, a God you only reach out to when you want something, begging him for negative results.

After you get the results, in which everything is either fine or not so fine, you go on with your adult life, promising yourself that you’ll do better. You’ll be smarter, safer. You’ll be prepared.

Before you know it, it’s Test Day again; it’s time to start the process all over.

It’s odd. If you were smart, safe, prepared, you still consider those bad outcomes. You let them burrow within you, gnaw away at your insides. You know, just in case. Because, as any test taker will tell you, it’s impossible to be fully prepared. Regardless of the various instruments for aid that are available, none of them can guarantee that you’ll score a perfect grade.

If you weren’t smart, safe, prepared, you’re even tougher on yourself. You know that if you fail this test, you have no one to blame for it but yourself. Simply put: You should have prepared better.

And, unfortunately, there’s no make-up test for some results.

More time passes, maybe an additional amount of caution is incorporated into your life. Another prayer or two. Then, like Groundhog Day, or to be relevant, Happy Death Day, it’s time to get tested again.

It would seem that the solution to this quandary is rather simple: If you want to stop taking tests, stop having sex. Simple solution, yes, but is it a realistic one?

Someone will undoubtedly argue that you can have sex, just have sex with one person. Again, simple solution, but in this day and age (especially in the gay community), how many people are actually honest when it comes to the subject of sex? Can you trust someone’s word to be faithful?

I was told once that the only way to be completely, 100 percent safe, was to be celibate. This is a cold hard fact.

Another fact, more of a lesson, is that regardless of our age, for most of us, testing will always be a part of our lives. At least it should be. And, come to think of it, tests—at any age—shouldn’t be easy. Otherwise, how else can we expect to learn?