You are here: Home / Advice / Sex and Love and Relationships—Shoot Me Now!

I partly blame myself. If you’re new to my work, shame on you. I wrote an article last year: “Be Careful What You Wish For.” Apparently, though, I didn’t read it. Too many times I’ve wished for a life similar to Carrie Bradshaw’s. Hell, I even refer to myself as “the male Carrie Bradshaw.”

So, here we are: drinking hard seltzers instead of cosmos, but nonetheless, gossiping about sex, love, and relationships. But just how fascinating are these topics? Really?

For those in the back, I repeat: Be careful what you wish for.

Regarding sex, love, and relationships, the gay community is, well, fucked. Sorry, I made that as polite as possible. Then again, if you know me—or my work—you know I don’t care about being polite. I care about being honest, maybe even blunt.

After all, I said I’m the male Carrie Bradshaw, not the male Mary Poppins. 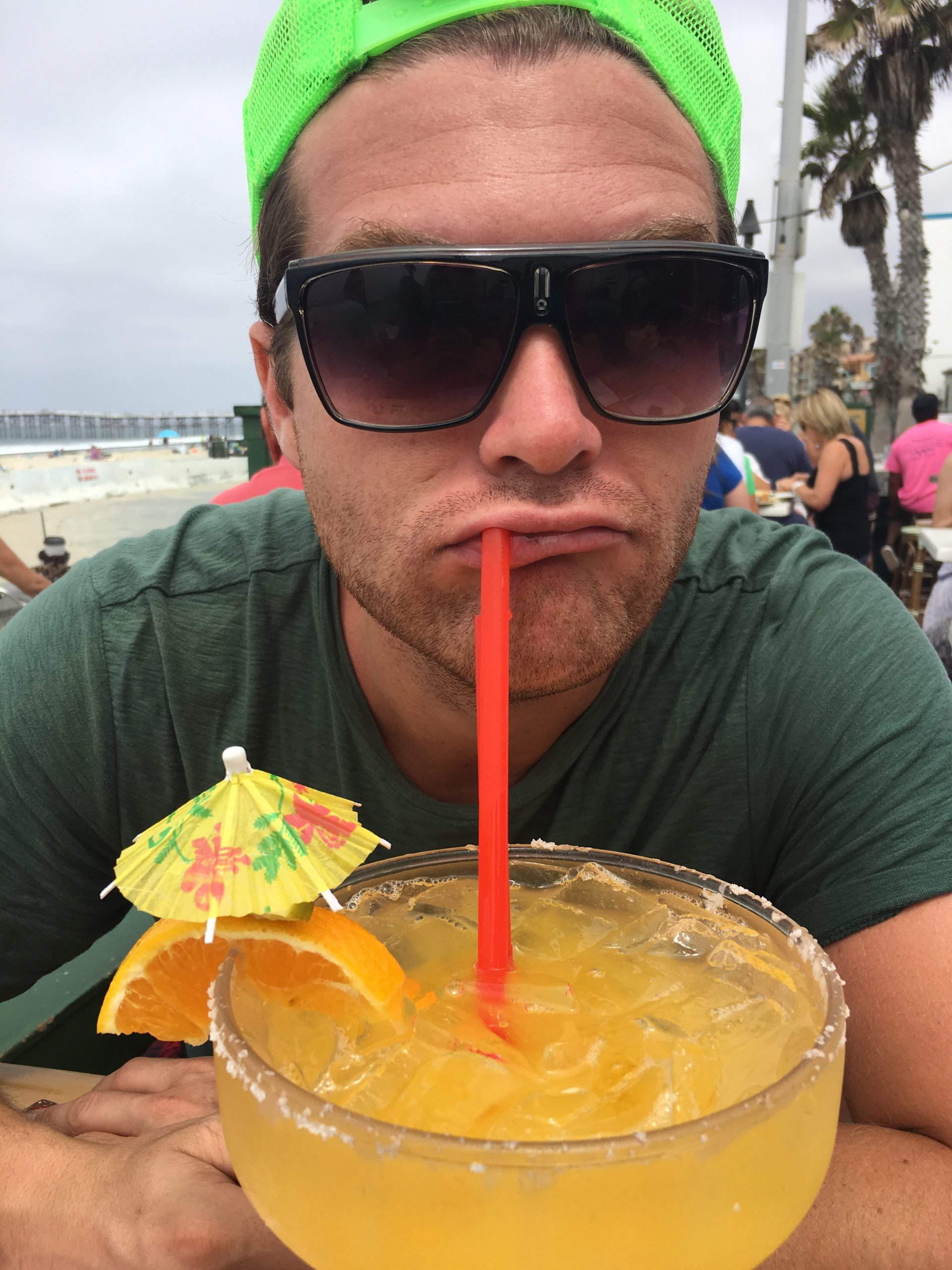 I can only offer a gay male perspective when it comes to sex, love, and relationships, but I believe it’s a relevant one. Let’s just say, I’ve done the research, spent time in the trenches—i.e. every gay bar in Hillcrest—experienced first-hand the hideous nature of this environment.

It’s interesting how oversexualized the gay community is. On any given night (this is pre-COVID, of course . . . well, likely even post-COVID considering Governor Newsom’s new orders), you can find go-go dancers on the bars, men of all ages wearing next to nothing, and strangers willing to be oh, so kind. This kindness ranges from a free drink to an ass grab to a trip to the bathroom to play a quick, friendly game of duck, duck, goose.

I’m not a hypocrite or a liar, meaning I don’t mind admitting that when you’re single, these antics can be quite fun. And, for the most part, innocent. After all, who doesn’t love attention? Attention is a drug, and though it’s one of the legal ones floating around the gay community, it’s still extremely dangerous . . . and addicting.

Actually, come to think of it, attention is only dangerous when you’re not single. Even the strongest people, those with an ironclad will power, can break when receiving too much attention. Hell, if Brad Pitt is weak enough to cheat on Jennifer Aniston, then there’s no hope for the rest of us—gay or straight.

Then again, if it wasn’t for these grown-ass men acting like pig dogs, Alanis Morrisette might not be a household name. There’s no way we would have gotten this far in life without the alternative rock classic, “You Oughta Know.” So, in hindsight, thank you, Alanis. Better yet, thank you, Dave Coulier.

If you allow me to play armchair psychiatrist for a moment, I can explain to you that it’s my personal belief the problem originates for many of us gays early on in life. You see, we don’t get to “date” in middle school or participate in the common boyfriend/girlfriend game in high school. If we do join in, the feelings aren’t genuine, but a front to help conceal our real identity.

When we finally do come into our own, brave the new world, our world, we’re thrown into an over-the-top environment. An environment much like the one described above, where lust, sex, and attention are basically fuel. And once you’ve had a taste of that sweet, intoxicating, addictive fuel, it can be difficult to stop guzzling it down.

Of course, this turns into a problem when we think we’re ready to begin dating or try our luck at the boyfriend game. It becomes obvious very quickly, though, that dating and relationships have nothing to do with luck, but everything to do with hard work, discipline, and communication. Even with hard work, discipline, communication, and—what the hell—a little bit of luck, past habits can come flooding back to sabotage us.

Specifically, when we’re used to a pattern of multiple men, sex, and attention—basically doing whatever we want to do, and with no repercussions other than maybe a trip to the free clinic—is it possible to break that pattern? To leave it behind?

Remember, attention is addicting. Is it realistic to grow out of a habit where you need or want so much attention? Is there a cure, or at least some sort of recovery option to help us move on to the next phase of our life? A phase where one person is enough? Further, are we setting ourselves up for failure by believing that we can get everything we want and need from just one person?

It’s quite possible that one person is enough . . . But then there’s that addicting, accessible drug, the drug never too far out of reach: attention. I can’t help but wonder if attention is like alcoholism, meaning it’s a disease that will have to be acknowledged and dealt with every single day.

Sometimes, I truly think we are set up to fail. Factors like social media, Grindr, and thirsty bitches with no fucking respect for boundaries only make relationships harder. Because, let’s face facts: It may be well known you’re in a loving, committed, monogamous relationship, and that still won’t stop the Davids, Justins, and Alberts of the past from popping up just to say, “Haaay!” And any gay worth his Christian Louboutin boots (which I still don’t have) knows where “haaay” rapidly leads to.

Add in even more factors, such as open relationships, throuples, and good old-fashioned whores running amuck in the community, and having that loving, committed, monogamous relationship becomes all the more difficult.

Sure, temptation is everywhere, and something that everyone has to live with—regardless of relationship status. For example, you could be a diabetic who has to constantly find the strength to avoid the cake aisle at the grocery store. Or even that alcoholic who has to remind themselves ten times a day not to have a drink.

We can’t stop our previous lifestyle from poking its dirty, ugly, nosey head into our current one. Just like we can’t force bakers to stop making cakes or booze from being so readily available. Simply put, the only actions we are responsible for are our own, and the only actions we can control are our own. Trying to live with any other mindset will force us to go crazy—or, for some of us, crazier.

I guess my point is this: If we want something bad enough, then we will eventually have to fight for it and dedicate ourselves to it. I mean, if everything in life came easy, “actresses” like Heather Graham would have a collection of Academy Awards.

More so, there will be multiple times in our lives where we’re forced to make a decision. Sometimes easy, sometimes not so much, these decisions can shape our future. At the end of the day, we have to live with the choices we’ve made. We have to look at ourselves in the mirror and be proud of who we are.

And, considering it’s Pride month and all, I think it’s completely appropriate to ask ourselves whether or not we’re proud of who we are.