You are here: Home / Advice / Putting The Cock In Cocky

I once went on a date with this guy. Let’s see . . . I have to call him something. We’ll call him Mr. Douche, as I want to respect his privacy slash don’t remember his real name. That’s not true. I do remember his name; that’s how excited I’d been to officially go out with him.

Before the night of the date, I was extremely nervous. Not taking my SATs kind-of-nervous, even more so than that. I’d say it was like waiting for test results from the clinic after a busy holiday weekend kind-of-nervous.

You see, I’d casually crossed paths with Mr. Douche a few times before he officially asked me out. I knew some things about him. For example, he was really cute and really fit. He was also successful, or at least that’s what a paid workday full of Facebook stalking had revealed.

Side note: After all of these years, I may have finally discovered why I was let go from that office job downtown.

Anyway, prior to the date, I spent hours and hours questioning myself. Was I cute enough for him? Was I fit enough? (This was before McDonald’s offered two Big Macs for the price of one). Was I successful enough? I was working a full-time job as a copywriter, had two novels traditionally published, wrote a column for a print magazine, and even picked up some freelance writing gigs on the side. When I ordered a pizza, I no longer had to charge it. If that didn’t scream success, I didn’t know what did.

After hounding my close friends to reiterate how amazing I was, I set out for the date. 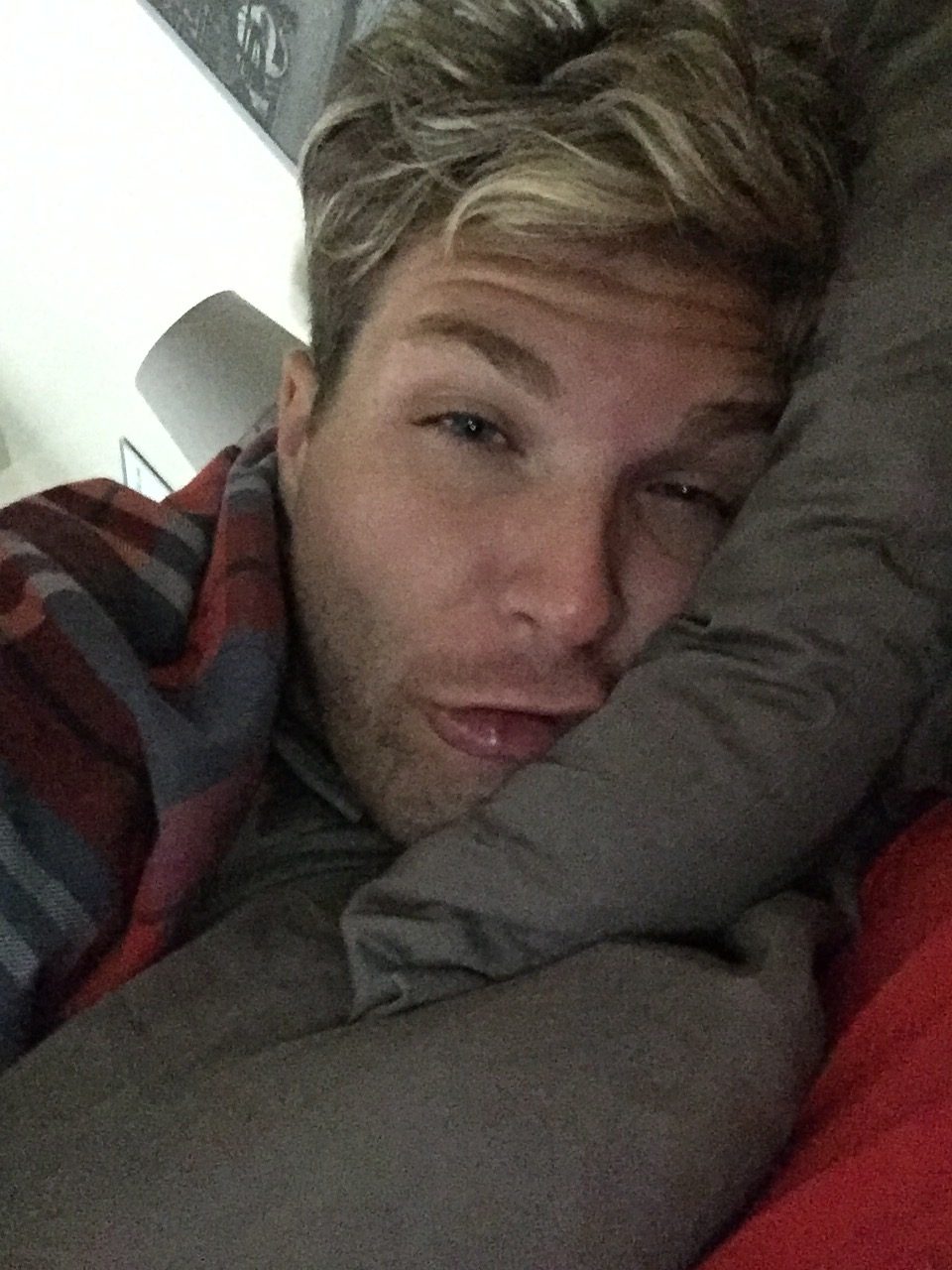 It was your classic gay affair: drinks, tight pants, condoms in the back pocket. Unfortunately, I soon realized that I wasn’t good enough for Mr. Douche. At least that’s the impression I got when he told me how “pedestrian” it was to write suspense fiction books. Or maybe it was the fact that we disagreed on what constituted as too many beers on a work night. My thought had always been twelve Coors Light, you’re all right. His opinion was that that amount was a bit excessive.

As the night progressed, not only did I understand that we were completely wrong for one another, but I also got a strong sense of how cocky and full of himself he was. Needless to say, it was a huge turnoff.

So, I’m sure you’re all wondering now . . . Did Mr. Douche put the cock in cocky? I don’t know, never found out. It’s safe to say, too, that I never will—which is more than okay with me. In turn, though, I found out something much more valuable that night: There is a huge difference between cockiness and confidence.

I’m sure I’ve said it before, but here we are again: We live (even more so than before) in a harsh, demanding, unfair, sometimes insufferable world. Therefore, we need to take our wins where we can get them, regardless of size or circumstance. Unless, of course, the win came by pushing someone else down.

There is nothing wrong with celebrating accomplishments, even boasting a bit when something good happens to us. Believe it or not, everyone has a special quality to offer, a unique gift, a reason to be proud. Yet, it’s imperative to remember that rule of the thumb: There is a difference between being cocky and being confident. Before you start shaking those lips, you might want to discover where the line between the two is drawn.

I have a friend (maybe he’s more of a frenemy) who I cannot share a five-minute conversation with without him spewing all of his accomplishments. It goes something like this . . .

Me: Did you feel that earthquake yesterday? Supposedly it was a big one.

Him: No, but did you know I bought a new car? Yeah, I’ve been doing so well at work lately. I got a raise, then a promotion. My boss told me I’m his favorite employee—ever! And when I took a shit the other day, a 24-karat gold brick fell out of my ass.

Obviously, I’m downplaying the real conversation that took place between us, but you still get the idea. Some people—a lot of people—wear every single one of their accomplishments on their sleeve. It’s more than that they simply lead with tidbits like, “I just purchased a $1.5 million home” or “I fucked Bradley Cooper.” (Okay, but who hasn’t?) It’s that they throw these punches at you hoping—and knowing—that they’ll land in the face, blindsiding you, ultimately making you feel shitty about your own life.

I mean, do I go around bragging that I can gain weight just by looking at a piece of cake? No, I do not!

One is that they’re insecure and have to lead with all of the crap they’ve done and accomplished throughout their lives because that’s all they have to offer anyone. No personality, no attractive characteristics, no social skills, no good qualities to share. Just, look at me and my ability to wipe my own ass. Or something like that.

The second, more enlightening conclusion, is that I don’t have to care about these people. I get to choose who I surround myself with, and it doesn’t have to be the cocky, full-of-themselves robots who do everything perfectly the first time around, never spilling on themselves or having a hair out of place.

I realize, too, that it may seem as if I’m coming off a bit jealous. Whether or not you choose to believe me is entirely up to you, but I’m honestly not jealous of anyone. Well, maybe I’m a tad bit jealous of Lisa Gardner, Michael Connelly, Nora Roberts, Stephen King, and Harlan Coben.

Actually, come to think of it, I’m not even sure it’s jealousy that I feel towards these best-selling authors. It’s more that I desire what they have, and I can have it, too. Maybe I will . . . eventually, when it’s my time.

That’s the thing: There is room for all of us to do well and succeed and accomplish our goals. It’s not a contest. Be proud of yourself and what you’ve done, but don’t use your accomplishments as ammunition against others. After all, unless you’re Mother Teresa—and she’s dead—regardless of what you’ve done, it doesn’t make you better than anyone else.