You are here: Home / Advice / Get Off Your Fucking Phone!

If I ever see Mark Zuckerberg in public, I’m going to walk right up to him and tell him to eat a dick. Maybe I’ll punch him in the face. Maybe I’ll just keep on walking. After all, jail is no place for a delicate flower like me. Still, I’ll at least give him the finger.

And I’m fucking sick of it!

I’ll go ahead and acknowledge the fact that some may think I’m a hypocrite for dedicating an entire blog article to bitching about phones and social media, when most people reading this content came to it via Facebook, Instagram, or Twitter, and are now using their phones to access it.

However, the rules don’t apply to me. Kidding, of course. I do believe that technology is grand if used appropriately and moderately. And, since this is my blog, I guess I get to determine the boundaries of appropriateness and moderation when it comes to phone/social media/technology usage.

For example, the Internet is a great tool to help boost your work, whether that work is a service you provide, a product you have to offer, or a piece of writing you want people to read. See what I did there? 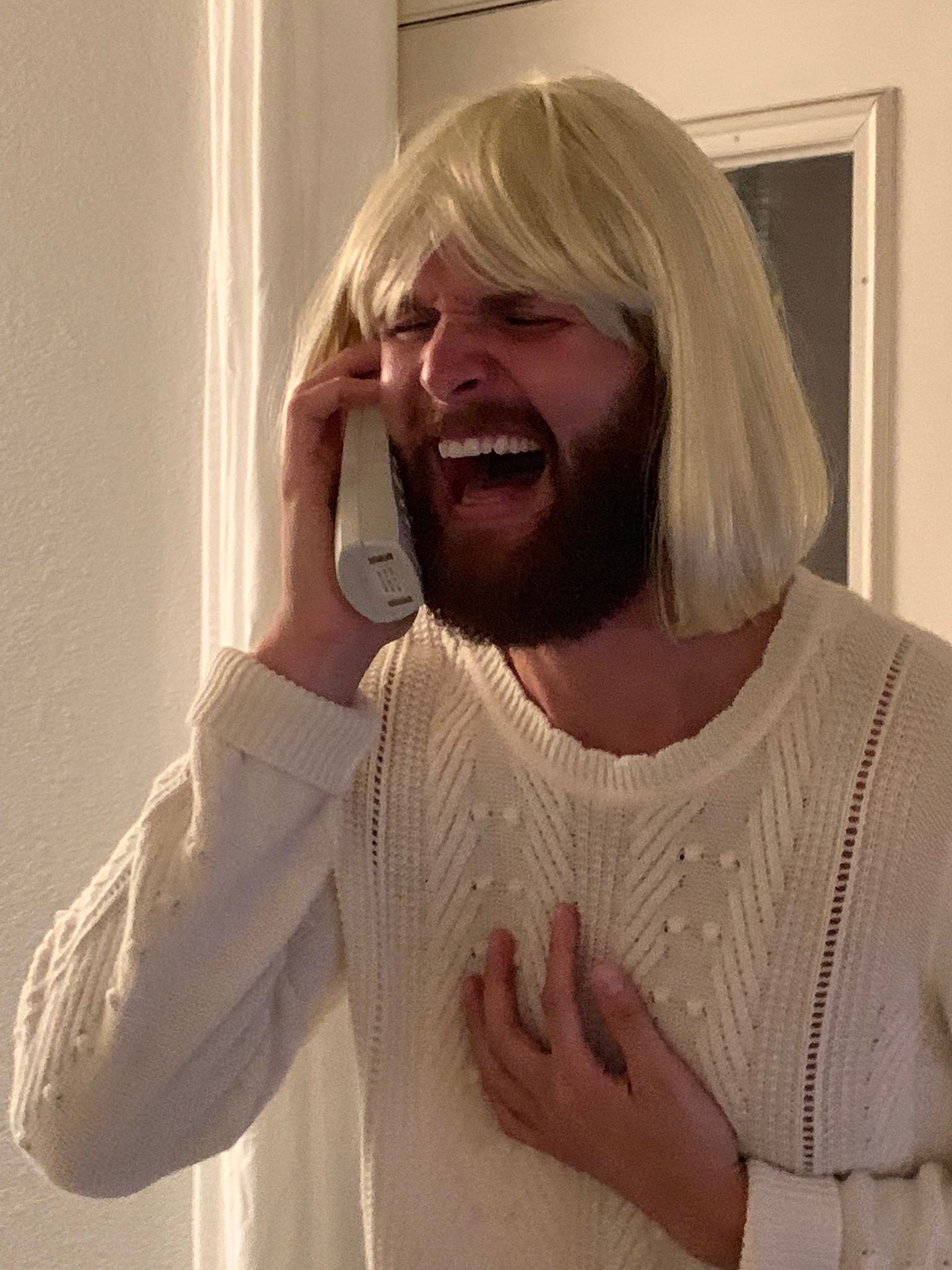 Don’t get me wrong: There is a place in this world for phones and social media and technology—the Internet if you will. Yet, it must also be understood that these things can easily create an ugly, black hole for anyone of us at any given time to sink in. Once we’ve sunk, it’s next to impossible to find air or light.

After COVID-19 hit, I deleted all social media apps off of my phone. I’m not admitting that because I think I deserve a crown (just in case, though, I prefer silver over gold), but to recognize that it can be done. Not only has the experience been freeing, ridding me of some of my anxiety, but it’s also given me the invaluable gift of time. I have time to get shit done, to be more productive, to be present. But, most importantly, I have time to live in the moment and worry about what’s going on in my surroundings—not what’s happening online. Further, I’m able to respect those in my vicinity and give them my full, undivided attention.

On second thought, you’re right: I do deserve a crown.

One of the things I don’t understand the most about mindlessly scrolling through whichever app may currently be popular or a favorite, is what are people actually getting out of the experience? To be frank, nine times out of ten, they’re not exactly looking at quality content, right? It’s not as if they’re getting any substance or knowledge by searching, searching, searching. What the fuck are they searching for, anyway? A clue? Because that would be appropriate.

Is FOMO—Fear of Missing Out—to blame? Could that be the reason why so many individuals would rather lose a finger, a toe, an arm instead of a Wi-Fi signal? Girl, bye!

Newsflash: At the moment, no one is missing out on anything. Do you want to know what everyone has been up to for the past five months? Not a damn thing! You’re welcome.

Taking that idea one step further, though, perhaps being one with a smartphone has something to do with aimlessly searching for “the next best thing.” (Again, the “next best thing” doesn’t exist right now and, let’s be honest, did it ever?) Yet, in a world anchored by greed and lust and selfishness and a constant craving for attention, I can’t help by wonder . . . Are the masses more concerned with what they could have versus what they already do have? Is it seriously that hard to appreciate what’s right in front of you? And, if that’s the case, then are our phones and the Internet merely tools for self-destruction?

When someone racks up hours and hours of screen time (we all get that notification on Sunday morning detailing how much time we wasted on our phones the previous week, and some should be humiliated by the numbers), what do they have to show for it? Carpal tunnel, sure, but that’s about it.

Further, when we’re not alone but have company—whether it’s one person or one hundred people—being on the phone (in any manner) shows complete rudeness and disrespect. It’s basically saying loud and queer to those around us that they’re not interesting enough to warrant our full focus.

It’s also very sad, even depressing, that there are those who would rather be lost in the social media realm (or whatever app they’re addicted to) versus sharing a genuine, meaningful conversation or connection with another individual.

So, what’s the solution? Because, if there’s a problem, then there has to be a solution, doesn’t there?

Put down your fucking phone. Live in the moment, this moment, the moment right in front of you. Why worry or stress or even think about what’s going on in some space other than the one you’re in right now?

And before anyone protests, no, I’m not referring to ignoring legit news stories and real problems going on in the world. It goes without saying that we should always stay up to date on the important happenings of planet Earth, the happenings that can—and will—affect our future.

Yet, do you honestly need to know if Nancy got a new car? Or if Kevin posted a new speedo selfie? Or who successfully cooked a meal without burning it? (By the way, it wasn’t me!) Is it absolutely vital to fuel the narcissists of the Internet, the ones who have defined themselves with hashtags and the number of followers they’ve collected?

None of that nonsense matters! That’s what a lot of the Internet, social media, and apps are, too: nonsense! A big, fucking waste of time that’s preventing you from living and experiencing something that’s real and right in front of you.

Jeez, I miss the days where devices consisted of nothing by landlines, pagers, and computers with dial-up Internet. Well, maybe not that last one.

Like I said earlier, there is a time and a place for phones and social media and technology—the Internet—but familiarize yourself with that place and know the boundaries and limits. Everything in moderation.

Otherwise, you’re going to miss out on, well, everything.