I recently had coffee with someone special to me, and it was during this visit that he kindly alluded to the idea that my recent writings, while good and accurate (thank you very much), could be a little off-putting to other readers. My mother wasn’t so kind or subtle when she texted me, stating I’d become bitter and wanted to know what was going on with me. Life, Mom. That’s what’s going on with me. Life, and it can be really fucking hard to navigate at times.

I immediately reached out to my best friend, asking if she, too, thought I was bitter. I knew she wouldn’t lie to me. Further, she’d enjoy telling me if I was in any way acting “off.” Or, to put it more bluntly, if I was acting like a big, bitter bitch. She disagreed, believing that I’m not bitter, but commented that she doesn’t believe I’m happy.

My response: Who in the hell is happy?

Yes, I’m well aware that that is a very bitter thing to say–er, ask.

So now, I guess I need to ask myself that same question I asked my best friend and be completely honest when I answer it: Am I bitter?

I’m not sure. I don’t think I am, but I know without a doubt that I don’t want to be.

For the past year and a half, I’ve told myself and others that I’m on a journey of self-reflection, with the sole goal of becoming the absolute best version of myself. Yet, when I look back at my previous blog articles and Rage (how fitting) columns, I’m not so sure this is the case. Instead, I fear that I may be trying to project my feelings, beliefs, and hell, possibly even my insecurities onto anyone who bothers to read the sentences I string together.

The result? A sad, jaded, angry, and yes, bitter perspective of life.

Oh, my God! Could my mom be right? I hate when that happens, but the truth hurts–especially when it’s coming from your parent.

So, I ask myself again: Am I bitter?

Unfortunately, if I’m being truthful, I think I am. 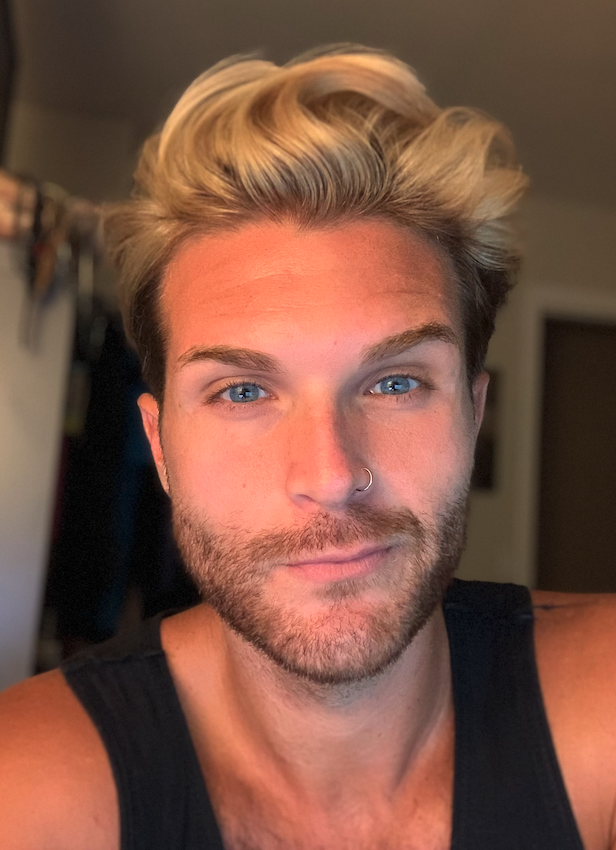 Okay, so I can agree that I’m bitter. Now, I have to discover why I’m bitter, learn how to correct the issue, and then grow from the experience. Apparently, simply seeing a therapist weekly isn’t enough; you actually have to do work. Who knew?

In case you don’t already know, I love mysteries. I’ve had two, full-length mystery novels professionally published, written a third that is collecting dust on my hard drive (any literary agents reading this?), and slowly piecing together a fourth. I also read a lot of crime fiction books.

My point: Solving the mystery of why I’m so bitter isn’t going to require the assistance of Sherlock Holmes. The mystery has already been solved. Case closed. Though, I may need help with a different, completely related riddle: What have I hoped to accomplish with my recent writings? I know why I’ve written the content, but what’s been my overall goal for putting it out into the world?

Did I just want to get my point of view across? If so, mission accomplished! Most people fully know where I stand on certain topics, mainly those dealing with gay relationships.

Did my motivation go deeper than that? Did I want to change people’s minds, get them to agree with my opinions, tell me how right I am? As if I have that much power. Also, I hope I’m not truly that narcissistic.

If you’re paying close enough attention, it’s interesting how the universe sometimes gives you exactly what you need, when you need it. I stumbled onto a Vogue article written by Jessica Knoll. It was exactly what I needed, and I found it exactly when I needed it.

For me, the title said it all: “I Wanted Revenge. What I Got Was Better.”

Knoll is the New York Times bestselling author of Luckiest Girl Alive. She also wrote the screenplay for the Netflix adaptation starring Mila Kunis. I haven’t seen the movie, but I did read the book a few years ago.

I don’t want to spoil the book (or movie) or article, which I highly recommend reading, but I will say that the latter definitely resonated with me. Please don’t misconstrue my words; in no way, shape, or form am I comparing Knoll’s trauma to my own. Still, I was able to find a connection between Knoll’s feelings and my own, particularly with the following passage:

“ . . . admitting, after many years of insisting that I was fine, that I was not fine at all . . . I had no idea how much work it would take to finally begin the long, overdue process of healing.”

For me, I thought healing came with an expiration date. Plot twist, it doesn’t.

Additionally, I instantly connected with her anger. Some of you may be rolling your eyes, wondering why I’m so angry nearly a year and a half later, after my own version of a traumatic experience came to a head, but it’s the truth. It’s my truth. The only way I can move forward is to admit the truth, accept it, and use the tools I’ve been collecting for the past 18 months to create a new truth.

One of those tools is the Serenity Prayer. I say it often, but maybe not enough. I don’t think it has fully clicked. Obviously, I’m struggling with accepting the things I cannot change. So, for now, I think I need to focus on what I can change, which is clearly my bitterness and my anger (close relatives, if you ask me). As I stated earlier, I don’t want to be bitter. I don’t want to be angry, either.

I realize now, and hopefully not too late, that I have plenty of other recourses. More importantly, I know in my bones that it’s time for a new narrative. I made it through a toxic situation; there’s no reason to hang on to it or constantly relive it. Do I want to remember that situation and learn from it? Absolutely. But I don’t want it to define me.

I can’t control or change other people’s views. I can’t expect anyone to change their stance on any given issue just because I’ve personally been harmed by it.

I’m going to do my best to not only remember this but also practice it. Life is too short to be bitter and angry, especially about something that I cannot change.

I understand that I’ve made a declaration like this before, and I’m going to keep on making it until I’ve mastered it. After all, I’m a work in progress. We all are.

Carrie: I'm worth nothing.

Big: You're worth a million bucks, Bradshaw.

Carrie: Well, maybe you should go work at a bank.

Hear the voices in my head
I swear to God it sounds like they're snoring
But if you're bored, then you're boring
The agony and the irony, they're killing me

... and her memory is all that is left for you now

"It's funny--when you get what you want, it almost automatically decreases in value." If you've ever been in a toxic relationship, read this book! ... See MoreSee Less