I’m the type of person who beats a dead horse until it’s, well, dead. And then, just to make sure it’s really dead, I circle back once, twice, thirty-three times to verify. Sorry for the metaphor, PETA. Yet, you can rest easy knowing that no animals were harmed in the making of this blog article.

In my previous articles, I’ve bitched about men, social media, phones . . . You’re right: At this rate, we’ll be here for a while. Let’s save some time and say I’ve bitched about quite a lot over the past two years. In writing, anyway. Yeah, sure, in person, too.

Today is no different; I’m here to bitch. What I want to bitch about today is a combination of topics previously discussed. Call this latest post my Greatest Hits, because I’m combining myriad points I’ve already expressed to create one new, important one.

And, another thing: If you think I’m coming for you, I most likely am, so pay close attention. Also, you’re welcome.

Throughout the various writing avenues of my career (i.e. blogs, columns, even fiction), I’ve repeatedly explored the idea of attention. Specifically, is attention a drug, and can someone be addicted to attention?

The short answer is yes, and to both questions: Attention is a drug, and someone can definitely be addicted to it. Now, because you know damn well I don’t do anything that short, easy, or quick, let’s dig into these ideas a little bit deeper.

Where do I even begin? First, I think it is necessary to state—again, for the record—that I don’t think I’m above anyone else. Well, okay, maybe Trump, Dahmer, and you know, Kim Cattrall. Seriously, how in the hell can she refuse to be in the Sex and the City series continuation? How in the hell can they even do a Sex and the City series continuation without her? But, for now, I digress.

My point: I, too, like attention. Hell, there are even times when I crave it. Despite what you may think, I’m human. Well, parts of me are. It’s human to want and need attention. However, there are boundaries that should be set in regard to obtaining attention. Particularly, how someone goes about getting attention, if it’s good attention or bad attention, and what that attention is for.

You know the rules: My website, so I get to play judge and jury. Buckle up! 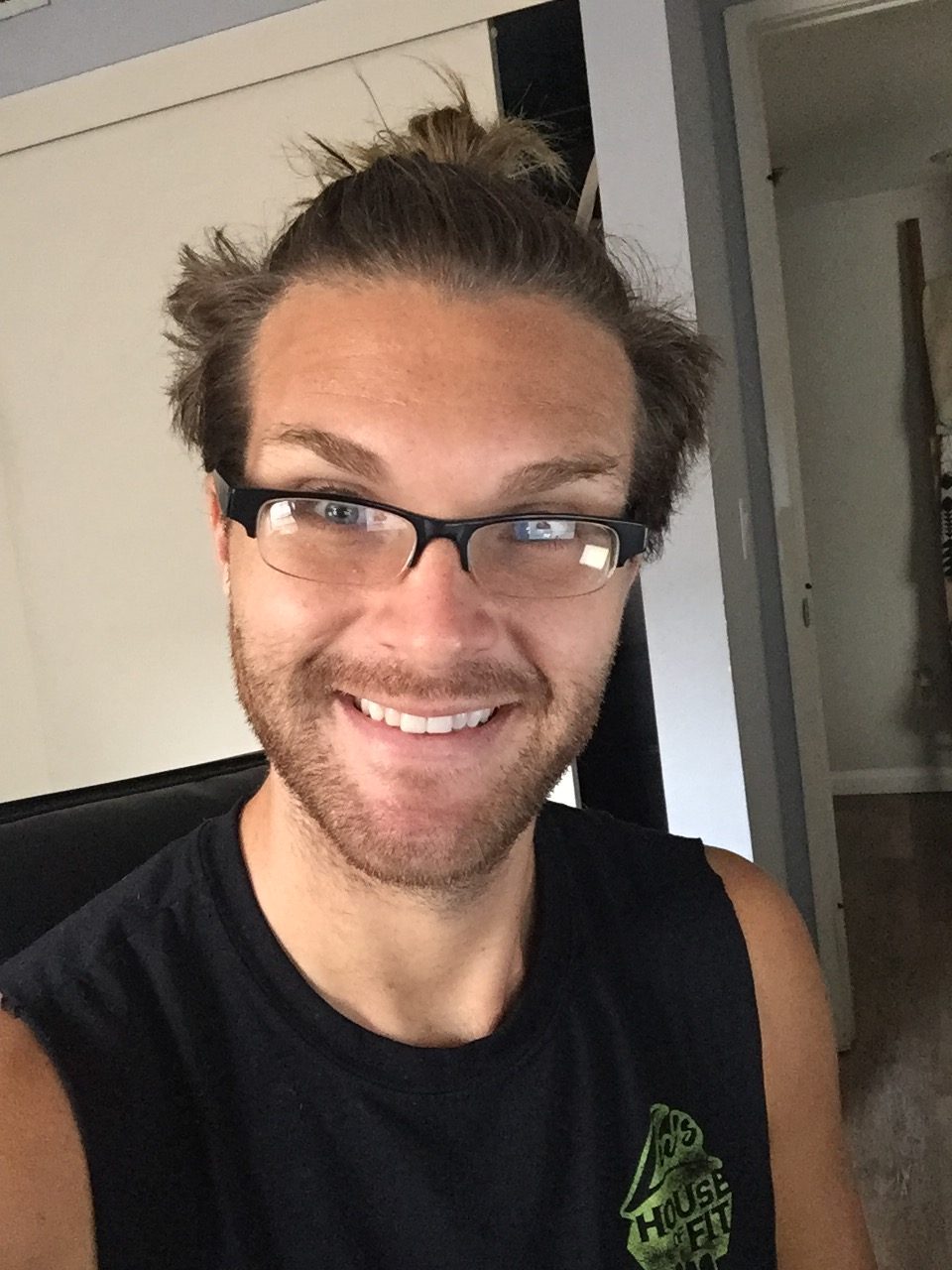 In my last blog article, I talked about Twitter Dicks. Let me refresh your drink—er, your memory: There are dirty, skanky, nasty whores showing every inch of their kibbles ‘n bits on Twitter and other social media platforms. Okay, you’re up to speed!

All joking and harsh words aside, I can’t help but wonder if these Twitter Dicks are simply exposing themselves for attention. Of course, I think it also has something to do with a lack of talent, skills, education, and self-esteem. But, that’s all I’m going to say on that matter. I’m stepping off my soapbox before I fall right through it. Yes, I’m still retaining some holiday weight.

There are numerous ways of getting attention online. And, because almost everyone has a social media presence, it can be extra difficult to stand out from the masses. Enter Twitter Dicks. Some people post bare ass pictures of themselves to get attention, while others share every single detail of their lives on Facebook and Instagram as if they’re some sort of celebrity updating their “fans” on what’s new.

Side note: I actually once dated a guy who referred to his social media followers as his “fans.” Yeah, major—and delusional—toolbox.

Anyway, I’ve said it before, which most likely means I’ll end up saying it another three hundred times: If I’m unhappy or annoyed with people’s actions on social media, I do have a few options to pursue. I could keep scrolling, block and/or delete the perpetrators, or just get rid of my own social media presence altogether. That seems to make the most sense, right? Stop bitching, start doing. What can I say? I’m a masochist. I also enjoy bitching, apparently.

Regardless, there is a big part of me that truly wants to understand this constant need or craving for attention that so many people possess. Quite possibly because it’s not even “good” attention they’re after. It’s more or less hollow attention, superficial, and doesn’t mean anything long-term. Like many other drugs on the market today.

If someone shares on social media that they earned a big promotion at work, got engaged, had a baby, something to be proud of, or celebrate, I’m usually the first to “like” the update or comment on it. Okay, maybe not the first, seeing as I have an iPhone 6 from Groupon and zero social media apps on my phone. But, when I eventually get to my computer and enter the Interwebs, I gladly offer my thumb or heart to the good news.

On the flip side, I don’t see the need for an individual to acknowledge the fact that they went to the dentist or took down their Christmas tree. Hell, I don’t even care if they successfully went to Walmart, decided to bake a pie, and/or started their day by going to the gym. It seems that more and more people are needing outside validation (i.e. attention) for the most mundane things in life, things that everyone does. Things that aren’t really worth bragging about or sharing. Things that don’t make them special or better than anyone else. Things that don’t make them important.

So you managed to wipe your own ass today. Great! Good for you! So you hooked up with Leonardo DiCaprio. Okay, but who hasn’t?

If I’m feeling this way, this annoyed, burned out, total disgust due to all of these social media desperadoes, then I know I can’t be the only one. Seriously, what is the deal, and how, why, when did so many people become this self-important? To actually believe that others want to know every minuscule detail of their life. Newsflash: We don’t. Further, sharing every moment instantly makes me believe two things: Their life is actually not all that fulfilling (because they’d be living it, not posting about it) and they suffer from an attention addiction.

Now, I’m no doctor, though I will prescribe you edibles for almost any ailment, and I also don’t take addiction—any kind—lightly. So please, don’t assume I’m making fun of anyone who has the need to post their entire life story on social media. I genuinely would just like to know what in the hell this world has come to. Why so many have this unhealthy obsession with attention and validation, especially for not having accomplished anything. This hunger for getting as many “likes” as possible, and from people they don’t even talk to on a daily, weekly, or monthly basis. This need to try and impress strangers, people they don’t give a shit about, but still, for some reason, want their approval.

Again, if someone wants to share good news with the world, something they’re proud of, that’s great! I’m here for it! If they have something to offer, such as a restaurant recommendation, a movie review, an entertaining quip, a blog article (see what I did there?), a product or service, I’m still here for it. Yet, learning that someone went to the gynecologist, watches NCIS—or whatever—weekly, or got their car washed recently . . . Bitch, please. Get the fuck out of here. Do it; don’t post it!

It’s exhausting and kind of sad to see so many people with this, “Hey! Look at me!” mentality. Especially when there’s not much there to see. There’s likely some sort of deep, childhood trauma at play, but again, I’m no doctor. Though, it is highly and professionally recommended that you stock up on snacks before taking an edible.

Yes, I understand that I’m basically eluding to this idea that there should be social media rules and/or laws. Are you reading this, Mark Shitterberg? I doubt it, and that’s okay.  I don’t need Markie’s input to know there’s a problem with Facebook and all other social media platforms. A big problem!

Just the fact that we can track who follows and unfollows us, have conversations in “vanish mode,” and create fake accounts is proof enough of how diabolical social media can truly be. And now, I’m moving towards new territory, a different topic that has to do with being sneaky, secretive, and deceptive. We’ll definitely save this idea for another time, another blog article.

To bring my point home, come full circle, and wrap this baby up tighter than Kirstie Alley in, well, Kirstie Alley in anything, I want to say this: Attention is not always a bad thing. And, no matter what anyone tells you, everyone wants attention at some point in their lives. Yet, ask yourself what you want attention for. Consider what you’re getting attention for. Is it something you’ve accomplished, worked hard for? Something you’ve earned? Something that makes you special, stand out from the masses?

Now, how does the type of attention you’re getting and what you’re getting it for make you feel? Does it lift you up? Make you feel whole? Or does that high vanish as quickly as it arrived, leaving you empty, hungover, wanting more?

The sooner we understand the type of attention we’re seeking in the world––and why we want, need, crave it—the faster we can work on bettering ourselves.

And, isn’t that important? Being the absolute best version of ourselves we can possibly be?